How Seasoning Cast Iron Is The Secret To Great Cooking 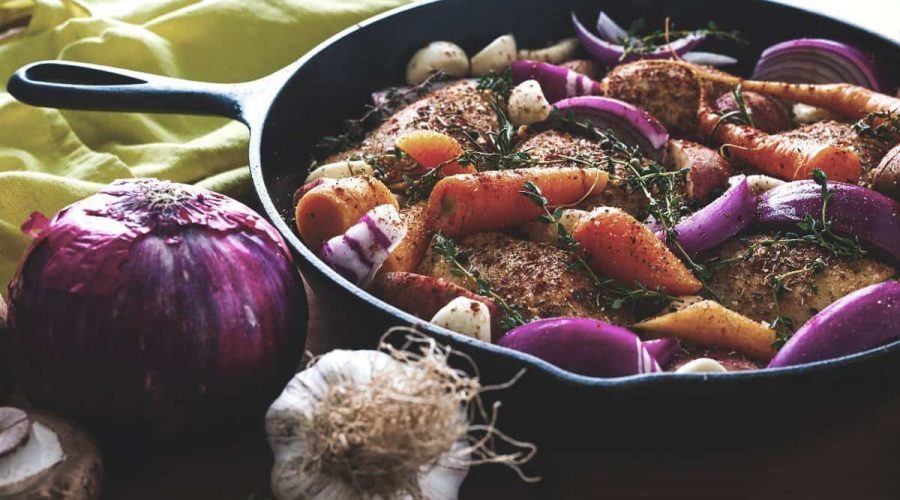 I’m no stranger to the kitchen.

Still, I’ve only recently started applying myself more when I’m cooking, and using cast iron has been a big part of upping my game.

But let’s face it: cast iron cookware can be intimidating. They’re heavy, making them a little hard to handle if you’re not used to them, and have the reputation of being high maintenance.

However, if you have a cast iron pan or skillet that’s correctly seasoned, you’ll be able to rely on that pan for years and years. Once I learned about seasoning cast iron properly, I felt much more comfortable and confident in the kitchen. There’s a reason most celebrated chefs use cast iron!

Seasoning cast iron doesn’t have to be difficult or complicated. We’re going to break down the process for you and take a deep dive into why I love cast iron cookware, how seasoning works, as well as some little tips and tricks to using it.

The Advantages of Cast Iron Cookware

As you might’ve guessed, I’m a big proponent of cast iron cookware. Cast iron has a multitude of advantages that other cookware just can’t beat.

These skillets and pans are tough and can last a lifetime if properly maintained. They are also relatively inexpensive, saving you money.

Cast iron holds temperature consistently across the entire surface area for even cooking. It also stays hot for an extended period, making it perfect for things like searing steak or chicken, and keeping dinner warm.

Every time you cook with a cast iron skillet, a tiny bit of iron is absorbed into whatever you’re cooking, which is beneficial for most people.

Your cast iron cookware also improves every time you use it. Each time it’s used, it builds up another thin layer of protection so it’ll last longer than your other non-stick pans or skillets. This layer makes your pan naturally non-stick, chemical-free, and easy to clean.

The Science Behind Seasoning

Let’s take a peek into the chemistry behind cast iron seasoning.

When seasoning a cast iron skillet, there are two essential things that need to happen: polymerization and carbonization.

After applying the oil and heating it, you’re creating a layer (albeit thin) of polymerized oil on the pan’s surface. Once the oil is polymerized it becomes more like a hard plastic coating, sealing the pan from food or air. This coating actually bonds to the iron surface.

Next, your pan will need to be heated at temperatures a bit above the oil or fat’s smoke point. This adds a black carbon matrix, which is responsible for the pan’s nonstick surface.

The more you heat any oil or fat in the pan while cooking, the more you build onto the existing coating. The pan will perform better and better with use. There aren’t many items that can make that claim!

By the way, please don’t confuse heating oil past its smoke point while seasoning a pan, and doing so while cooking. You never want to heat an oil past its smoke point while cooking food because it contains carcinogens called free radicals. Yet, it’s perfectly safe while seasoning since all the free radicals will be eliminated by the end of the process.

If you just purchased cast iron cookware chances are it was pre-seasoned, meaning the manufacturer seasoned it at the factory. But, that doesn’t mean you’re good to go forever. Over time, the pan’s surface will begin to erode, and you’ll need to season it again. Also, pre-seasoned cookware is rarely non-stick. Usually, more seasoning is needed to achieve satisfactory results.

Luckily for you guys, the seasoning procedure isn’t too complicated. And best of all? Your cast iron cookware will look and perform better than new after you’re done.

If you’ve heard anything about re-seasoning pans or cast iron cookware, you’ve probably heard a thing or two about soap. So, can you use dish soap to clean a cast iron pan? Actually, you can. But only if you’re planning on re-seasoning the pan afterward.

You first want to get your pan as smooth as possible. This means removing any rust or bits of food residue that might get left behind. You can use a piece of steel wool to scrub the rust off. For food, you can use some soap and water, since we’re going to re-season the pan anyway.

Next, you’ll want to dry your pan. You can use a few paper towels to mop up the water. However, I usually put my cast iron cookware in the oven on low or medium heat to dry them. Whatever method you use, just make sure it’s dry before proceeding to the next step.

When you’re adding oil to your cast iron pan or skillet, just know that technically, any oil works. However, there are some oils that indeed work better than others. I like to use flaxseed oil. It’s perfect for seasoning my pan because once it’s dried in the oven, flaxseed oil seems to create a more resilient, more robust coating. If you don’t want to use flaxseed oil (or you don’t have it), other oils or fats can be used including bacon grease, canola oil, corn oil, lard, vegetable oil, or vegetable shortening.

Make sure if you choose to use an oil or fat with a low smoking point — like butter or flaxseed oil — that you open a few windows or disable the smoke alarm, just in case. Sometimes it can get a little hazy if you don’t use an oil with a high smoking point, but in my opinion, the durable film that flaxseed oil creates is worth it.

Once you’ve chosen your oil, spread it on your cast iron cookware in an even, thin layer. Although you need to coat the entire thing (including the exterior, bottom, sides, and handle), you don’t need much oil or fat to do this. I like to use a paper towel for more even distribution.

If the pan looks greasy, continue rubbing it in with a paper towel.

This is arguably the easiest part. All you need to do now is preheat the oven to 450°F. Then, put the cast iron pan in upside down. I usually put something under it, like a cookie pan, in case the pan starts dripping once it heats up. You’ll want to leave your cookware in the oven for 30 minutes.

Once it’s done, you can either leave it in the oven to cool down or repeat. For me, I usually repeat the procedure, just in case.

When I say repeat, I don’t mean repeat all the steps we’ve done thus far. I just oil the pan and heat it 2-3 more times, so that the coating on the pan is thoroughly baked on. This is especially important if your pan is well-loved (or otherwise in need of some seasoning TLC).

After cooking with cast iron, go ahead and wipe it out with paper towels. Your goal here is to get rid of all the food residue without using water (yet). Next, you can rinse your skillet or pan with hot water. If there’s still food stuck to the pan, use a brush (non-abrasive) or kosher salt to get the extra residue out. If need be, you can use a tiny drop of dish soap and then rinse again. Make sure to dry your cast iron cookware right after this step.

Although this might go without saying, never put a cast-iron skillet in the dishwasher — ever. As you now know, it takes effort and years of cooking to build up your cast iron pan’s natural seasoning. With a single round in the dishwasher, you’re stripping your skillet’s seasoning away thanks to the detergent in the dishwasher. Washing it like this can also encourage rust, which you obviously want to avoid.

Although using cast iron cookware doesn’t have to be complicated, I did want to run through a few general tips that you’ll need to remember when you’re using or cooking with cast iron.

Related: Our Cookware Buying Guide. How To Find Your Perfect Set.

All in all, cast iron cookware will quickly become your best friend, so long as you know how to season it properly (and keep it up!).

Learning to use cast iron correctly will up your game in the kitchen and make you a more confident chef, even if you only really cook as a hobby. There’s no reason to let your cast iron skillet get dusty or rusty when you’re a certified expert at seasoning. 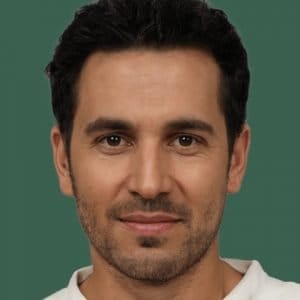 Josh is a freelance food writer and certified kitchen gearhead. He has a background in engineering with extensive product testing experience and enjoys helping his readers find their inner Wolfgang Puck. When not writing, he can be found spending time with his family, hiking the local trails, and continuing his quest to find the perfect cheesesteak. He lives in the Philadelphia ‘burbs with his wife and two children. 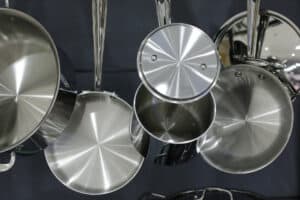 Our Cookware Buying Guide. How To Find Your Perfect Set. 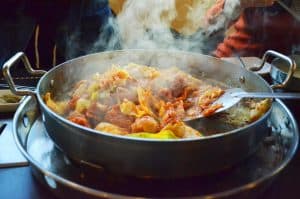 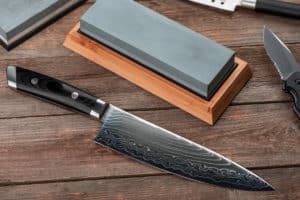